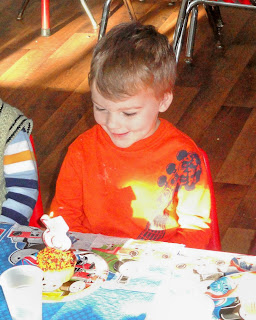 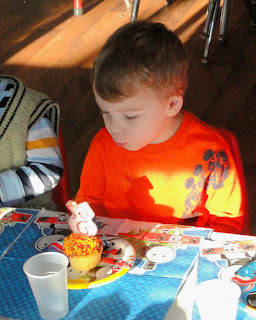 What you can't see are the kids on each side of Kiel who are both going "ohhhh."
Birthdays are a exciting! 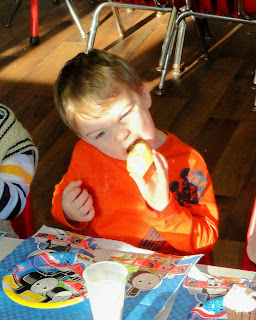 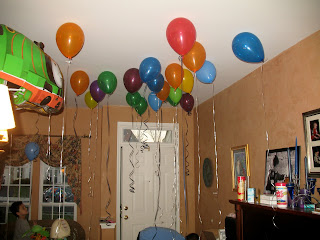 Noah and I decorated with lots of balloons. 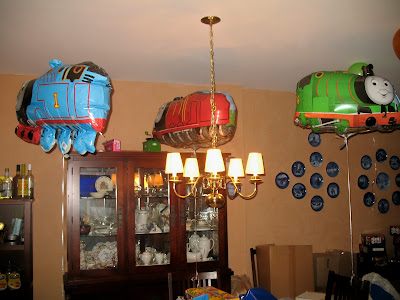 Including some big Thomas the Train ones. 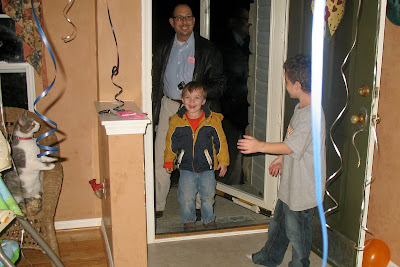 I think Kiel was surprised! I know Noah and Thor were excited! 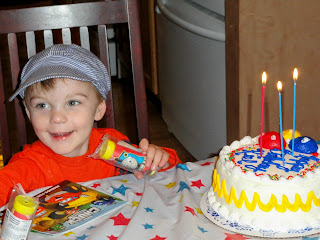 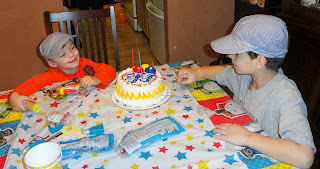 Here is Noah being a good sport and wearing his train cap for Kiel. Noah was just as excited as Kiel was for the birthday party. And he was such a great big brother helping out and being on his best behavior. 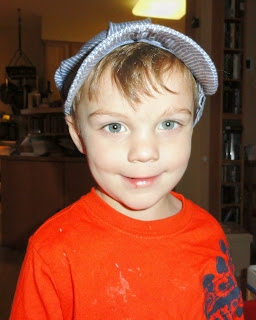 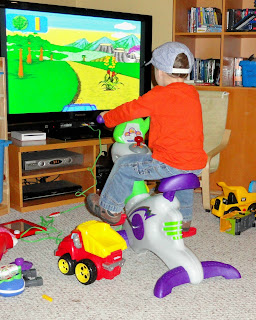 Trying out his present from Mom Mom and Papa, with his other favorite toy (Chuck the Talking Truck) next to him.
Chuck kept talking and moving while Kiel was trying to play with his new Smart Cycle, which was annoying Kiel. Kiel kept telling him "no, I don't want to play" and "No move, stop." It was hysterical because he just couldn't understand why Chuck wasn't listening and doing what he told him.
It was a wonderful evening and both boys went to bed happy with belly's full of cake and frosting.