Well, I think that title is a good example of the importance of the comma.

First we let the disposal age properly in the box in our dining room. After determining this afternoon that it had aged the minimum required amount of time I decided today was the day. No freaking way I was going to pay someone $450 to put it in for me!

I had to remove the existing plug from it and hard wire it to the existing wiring. That went OK, although it took two calls to my Dad to make sure I was doing it right. No smoke or sparks, so all is good.

The real pisser was hooking up the drain pipe. The new disposal is bigger than the old one so the pipes didn't line up. After a trip to Lowe's for additional pipes (thanks Rich) I managed to get it all connected. Only one connection leaked, but I was able to tighten that up with some plumbers putty.

It works! It took me twice as long as I expected it to, but it works! 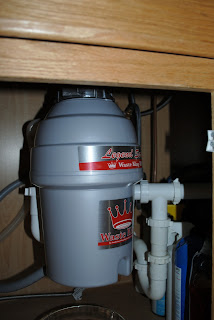 I had a couple helpers during the process. Noah started out helping, but quickly became bored and annoyed me enough that I sent him outside to play. And yes, I know that is exactly what he wanted. 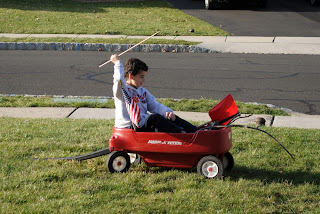 Thor actually proved to be more help than Noah. At least he was quiet and appeared thoughtful. 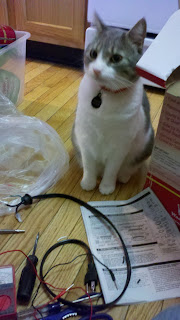 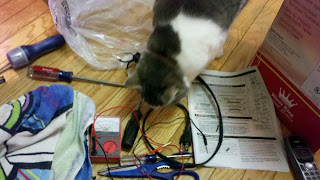 Rich helped with the last part this evening by holding the flashlight, but then he blew it by farting and stinking up the area when I couldn't move. Ass hole.

I figured by installing it today I not only saved the plumbers fee, but I also saved money by not hanging out online and being tempted by Black Friday deals.