Show and Tell of the feline variety - part 2 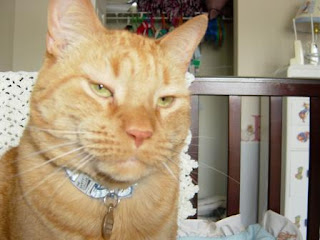 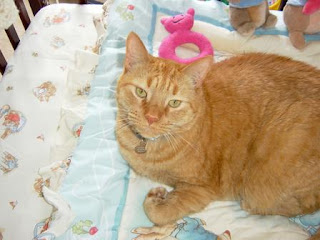 He is one of two brothers I adopted in August 1996. We used to call them Thing one and Thing two. They were wild little things as kittens. 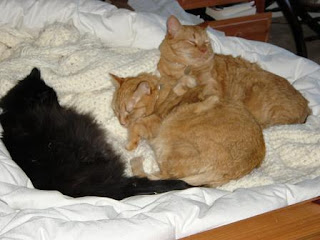 Now he's more of a sweet old pussy cat. This is how he sleeps most of the time; curled up next to one of our other cats. 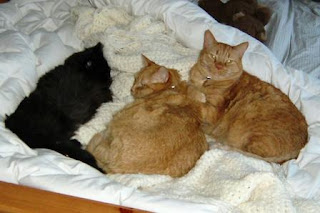 I used to call him my boyfriend. Except for the neutered bit, he'd be a pretty damn good man if he was human. He catches mice if they get in the house. He warms my feet at night. He eats quite a bit though. And he's scared of the vacuum. Pretty typical man actually. 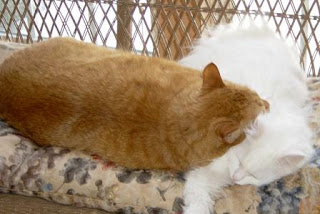