The days before Christmas

We have a few holiday traditions we've kept going since Noah was a baby.

The hospital Rich works at always has a party for the employees kids and grandchildren. They have a magician perform, music, cookies, and of course Santa and Mrs. Clause with a few elves.
We tried what might be a new tradition and took both boys to visit with Santa at The Melting Pot. 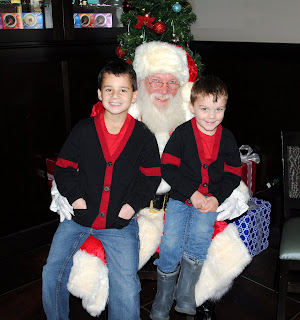 They decided he is the "real" Santa. Noah said it is because his beard doesn't come off. 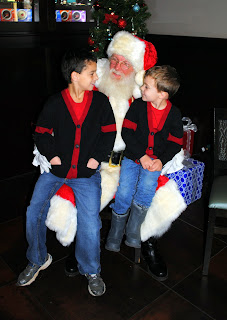 Kiel was much more comfortable with this Santa. I'm not sure if it was because he was with big brother, or because he was wearing his new boots that he was refusing to take off.

As far as the Melting Pot experience went, Noah and Kiel weren't exactly fans. I love it, and Rich tolerates it. The boys did great though, even if they weren't thrilled by the food. We were there for at least two hours and both of them handled it quite well. Mommy was proud!

After our lunch with Santa we came home and the boys helped me make Christmas decorations for their teachers. We took clear glass balls and let paint drip inside them. It took some trial and error since some of the paint was thicker than others. We ended up putting small jingle bells inside and rolling them around with the paint to help cover the glass. The first few were a bit ehh, but after I realized that using different paint types (gel, acrylic, some thinner than others) the paints swirled together, without blending. I was really pleased with how they turned out. 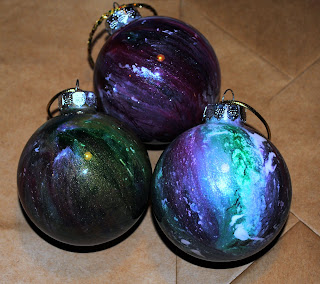 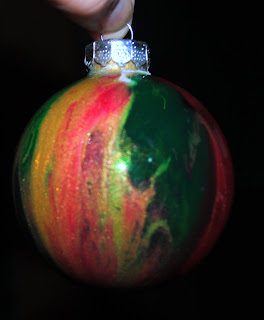 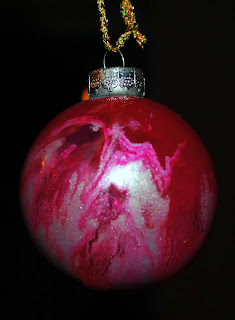 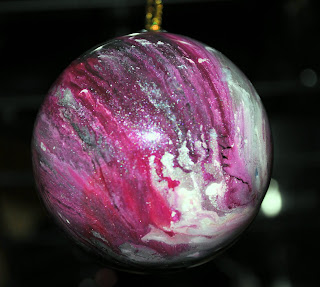 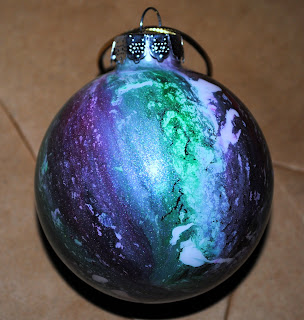 I'd like to try it again next year, but need to find some better quality glass balls. These were cheap ones from Target and break very easily. I'd like to do this with a ball that is a bit thicker and less likely to break just by touching. If you have any thoughts on where I could find something like that for next year, leave me a note in the comments.