These didn't make the cut...

Yesterday we attempted to take pictures for our holiday card. 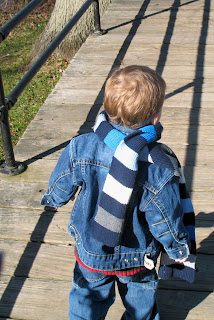 And someone was not in the mood to look at the camera. 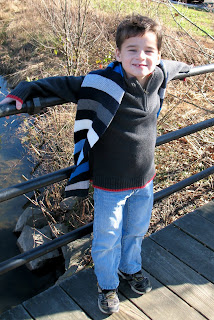 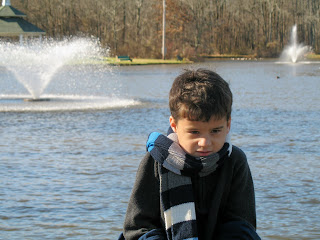 And cold! Did I mention cold?

Clearly too cold to smile any more. At all. Period. The end! 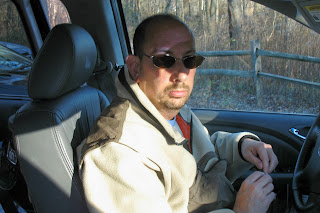 This is how Rich and I both felt within five minutes. 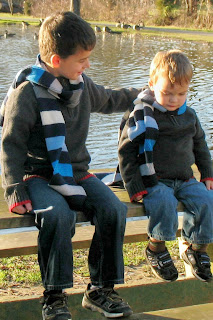 Not a bad start. 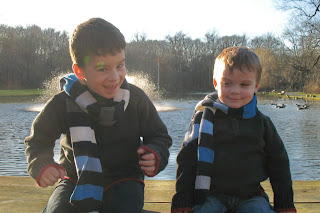 Noah was really getting into it.

I found out later he was heavily bribed. 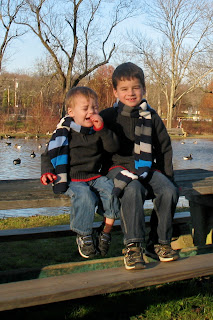 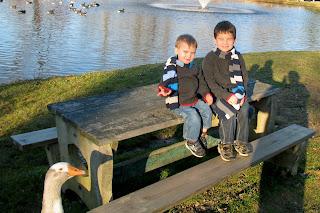 Whew...it's OK. Just a little fear of the bird.

I promise Kiel, we won't let him eat you. 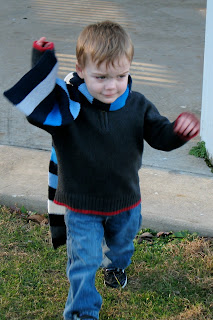 He didn't believe us. 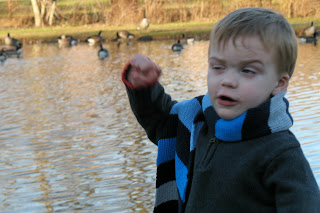 And that's all I have to say about that! 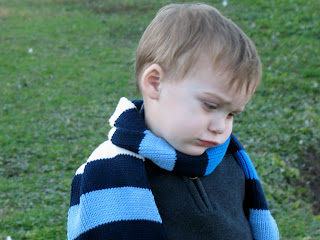 I'm not enjoying this. Not.one.bit! 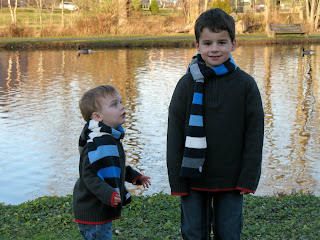 I don't get it Noah. You never cooperate. What's going on with you today?

Wait? Daddy promised you what? 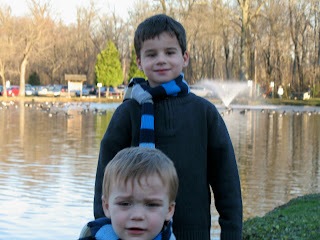 Well he didn't promise me anything.

What's up with that? 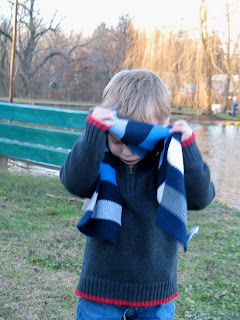 We did get some good ones! Here are some that I really like, but probably won't make it to our holiday card.

Because we really did get some even better! 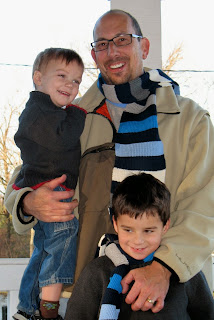 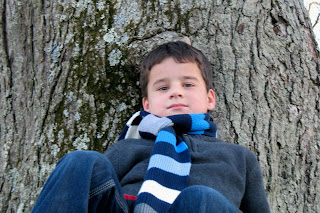 There is something about this one that makes me think of the '60's. Who can tell me the designer I am thinking of? Was it Calvin Klein? 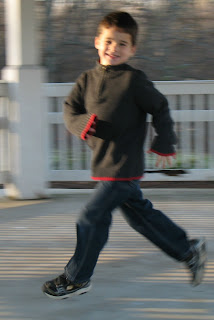 I just love this one! It is pure, unadulterated Noah.

I often describe his energy level as if his feet don't need to touch the ground. He just spins above it. 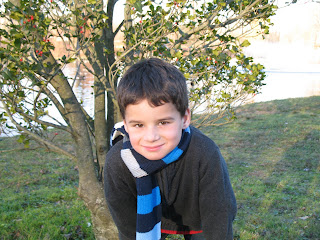 Oh yes, he earned his bribe!

Tomorrow I'll show the pictures that most likely will make it to the card.

And OMG, but tomorrow is the last day of NaBloPoMo! Wu freaking who!!!